'Dutch barge' abandoned by the jetty in Hooe Lake

Langley and Small mark the location of what they call a 'Dutch barge' alongside the stone jetty on the north side of Hooe Lake, but nothing further is mentioned in the text.

The bottom of this vessel still lies in the mud alongside the jetty on the North shore of Hooe Lake. The keel is intact from the sternpost forward, buried just 100mm at the stern and visible further forward, but the bow appears to be missing as the part visible above the mudline has eroded away. The sternpost is still visible to 2m above the keel and the remains of the rudder still hang on the iron pintles and gudgeons. Some frames are still in place but the ones closer to the shore have been removed, while outer planking survives under the mud, through the turn of the bilge and some 300mm of the sides. The vessel is more than 25m/82ft long and has a beam of approximately 5.8m/19ft.

This vessel was mentioned in the book Lost Ships of the West Country by Langley & Small. The vessel was partly recorded by The SHIPS Project in 2017 and 2020.

From Oreston, take the Lower Saltram road off Plymstock Road then turn right into Kingfisher Way. Follow the road down to the lake and there is a car park at the end; the stone jetty is easily visible on the north shore. The foreshore is firm but further out is deep mud so appropriate footwear is needed. The foreshore is accessible when the tide height is less than 3m above chart datum.

and the Thames barge Bertie 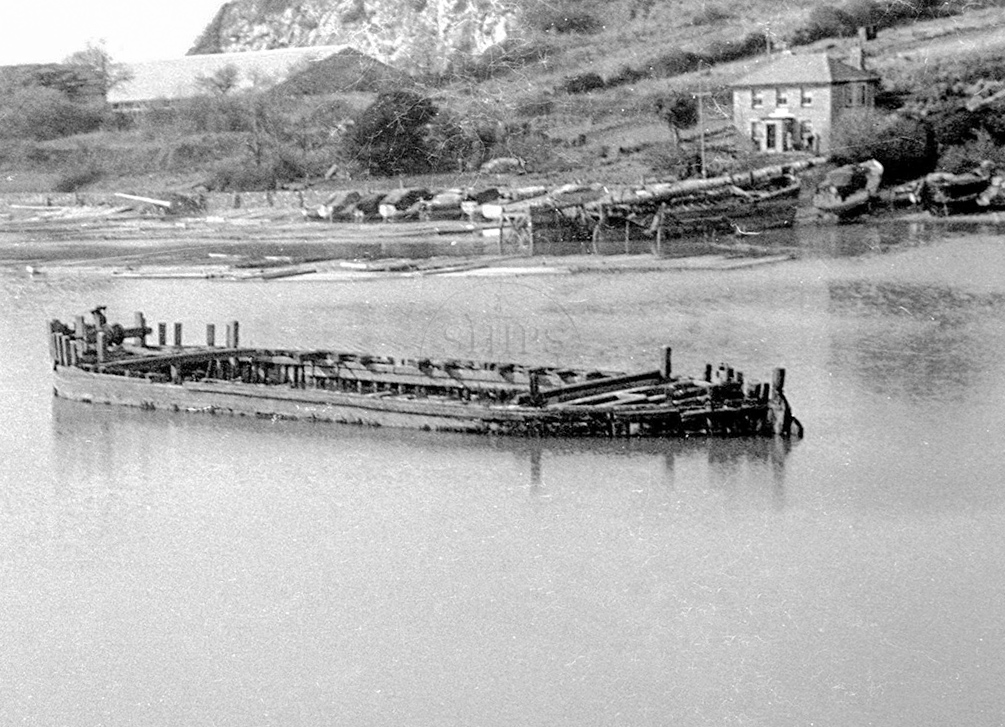 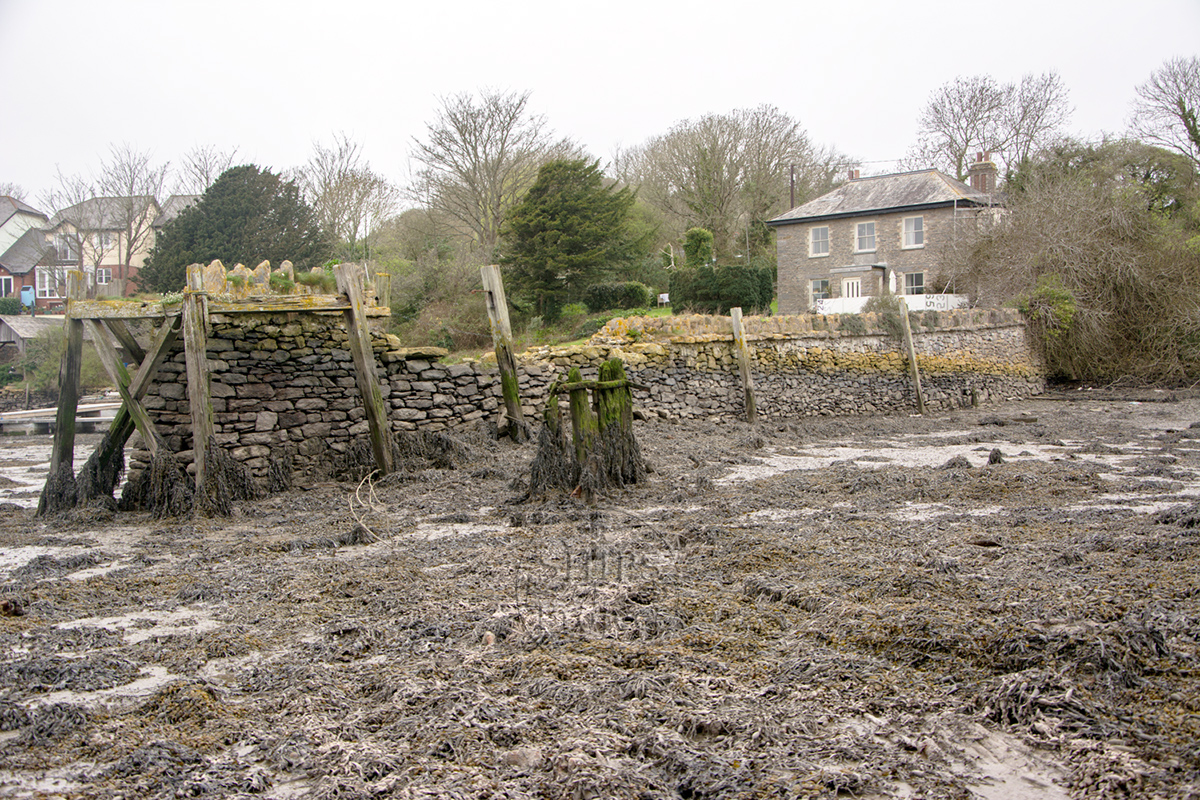 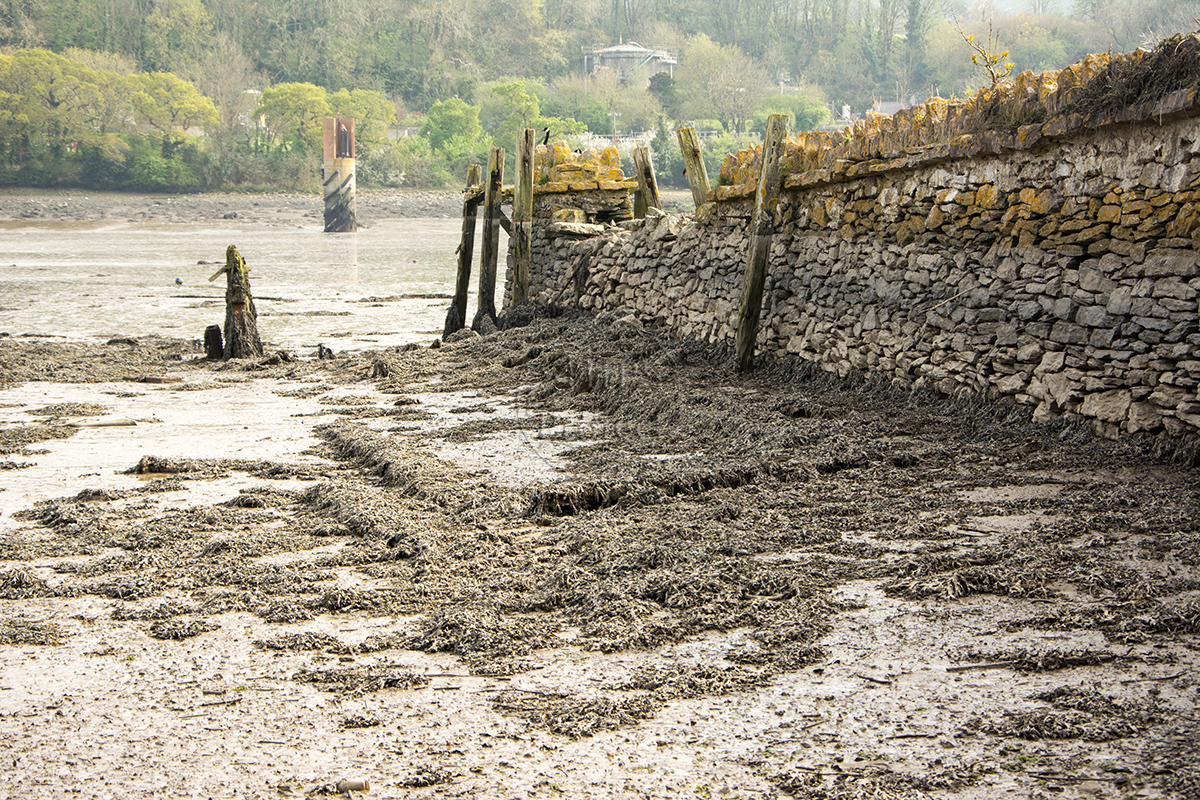 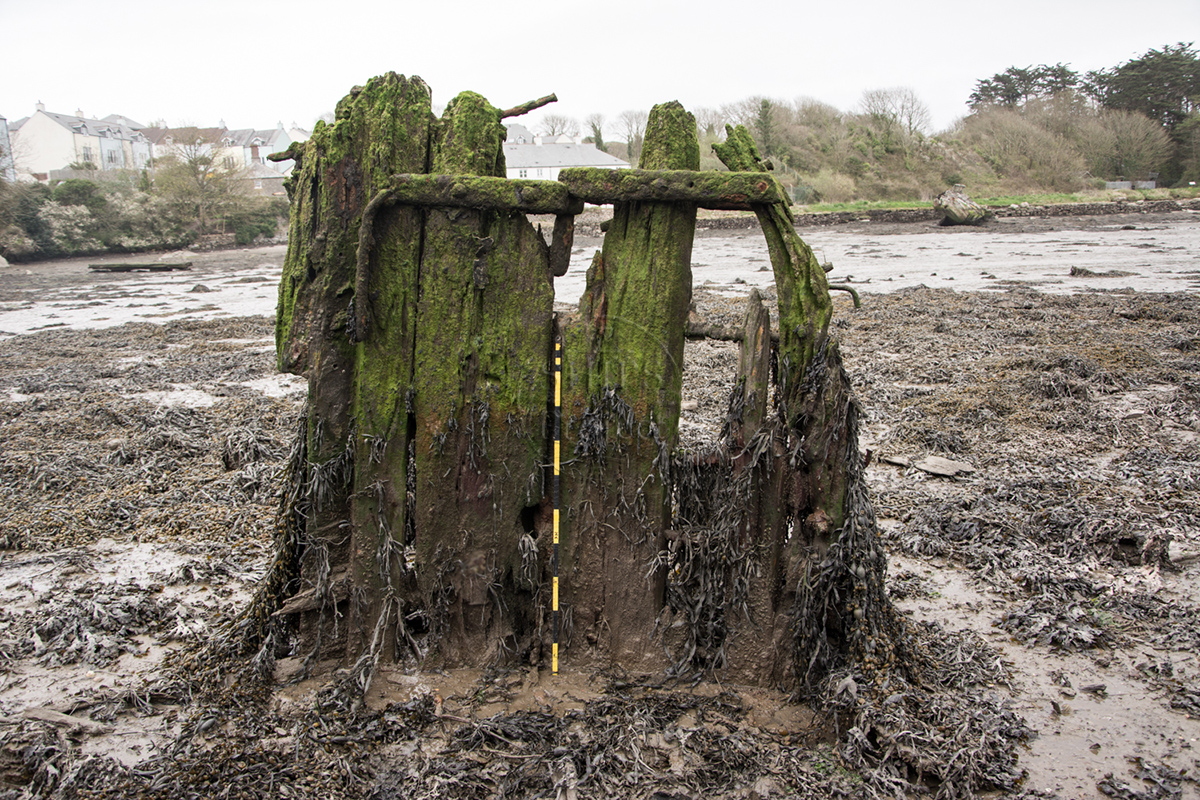 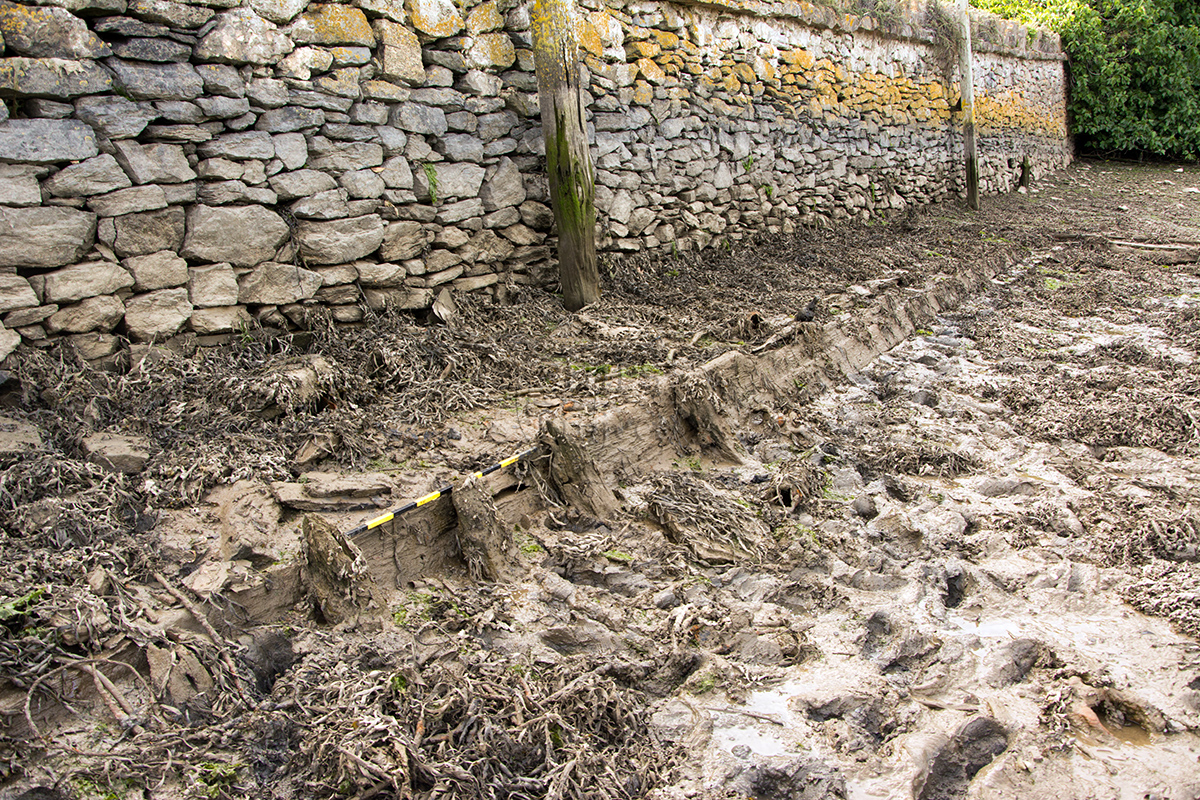 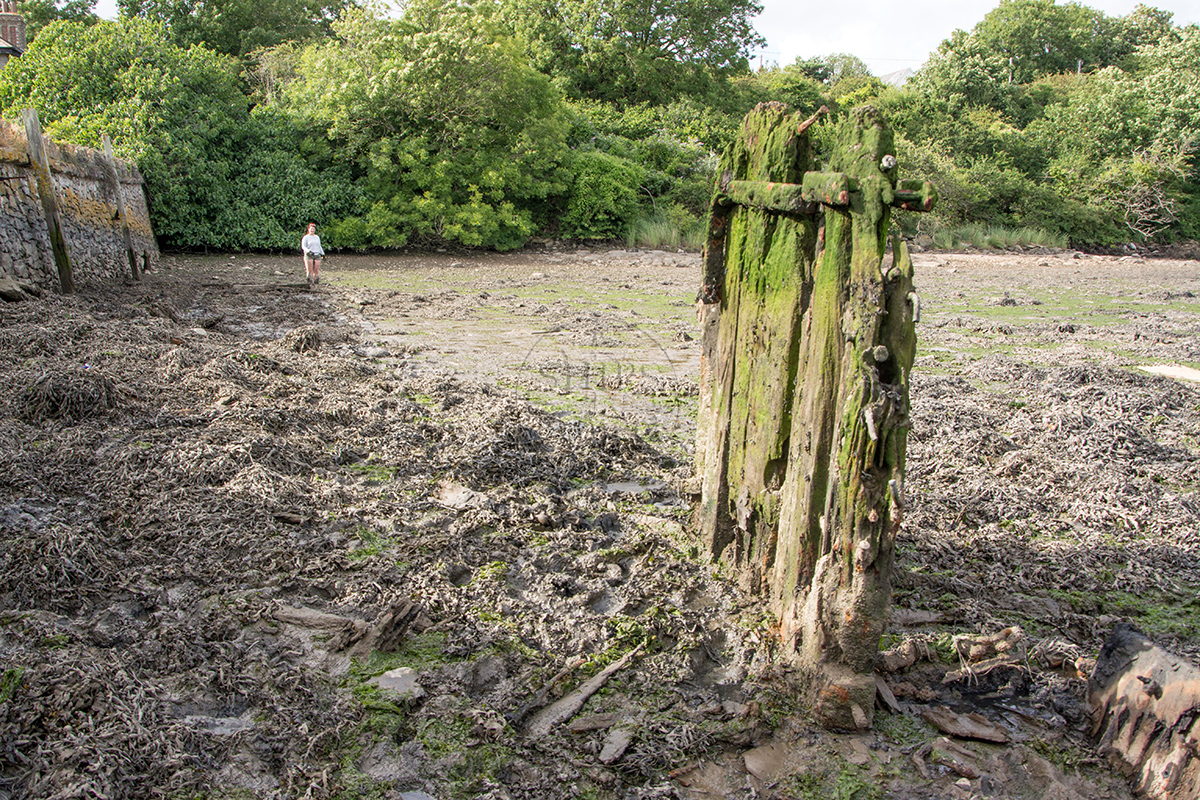