An unknown vessel abandoned at the south-east corner of Drakes Island.

The name and type of this vessel is unknown.

The Drakes Island barge is on the rocks on the south-west corner of the island, 100m to the north of the triangular 'dragons teeth' that were used to block the channel entrance in wartime. It was originally thought that the barge was used to support boom defence nets that were laid across the channel between Drakes Island and the Cornish shore.

John Cotton suggests that this is the remains of the schooner Erna built in 1814 and she was used as a barrage balloon vessel in WWII, but the Erna is reported to have wrecked in 1914 and broken up

Any information about this ship would be appreciated, please send us a comment below.

The ship appears to have a bluff bow and a rounded stern, constructed from steel like a barge with a large central well. A derrick was fitted to the front of the vessel and until recently this was still standing and visible from some distance away, and on the top of the derrick was a large brass pulley wheel. It is believed that very little now remains of this wreck.

Off the south-east corner of Drake's Island, in Plymouth Sound.

The remains of the barge can be seen at low tide on the south-west corner of the island, 100m to the north of the triangular 'dragons teeth'. The tide can be strong in this area so visits should be limited to slack water only. The hull could still be seen in 2017 but it is believed that the remains of this ship have collapsed and can no longer be seen above the surface at low tide. 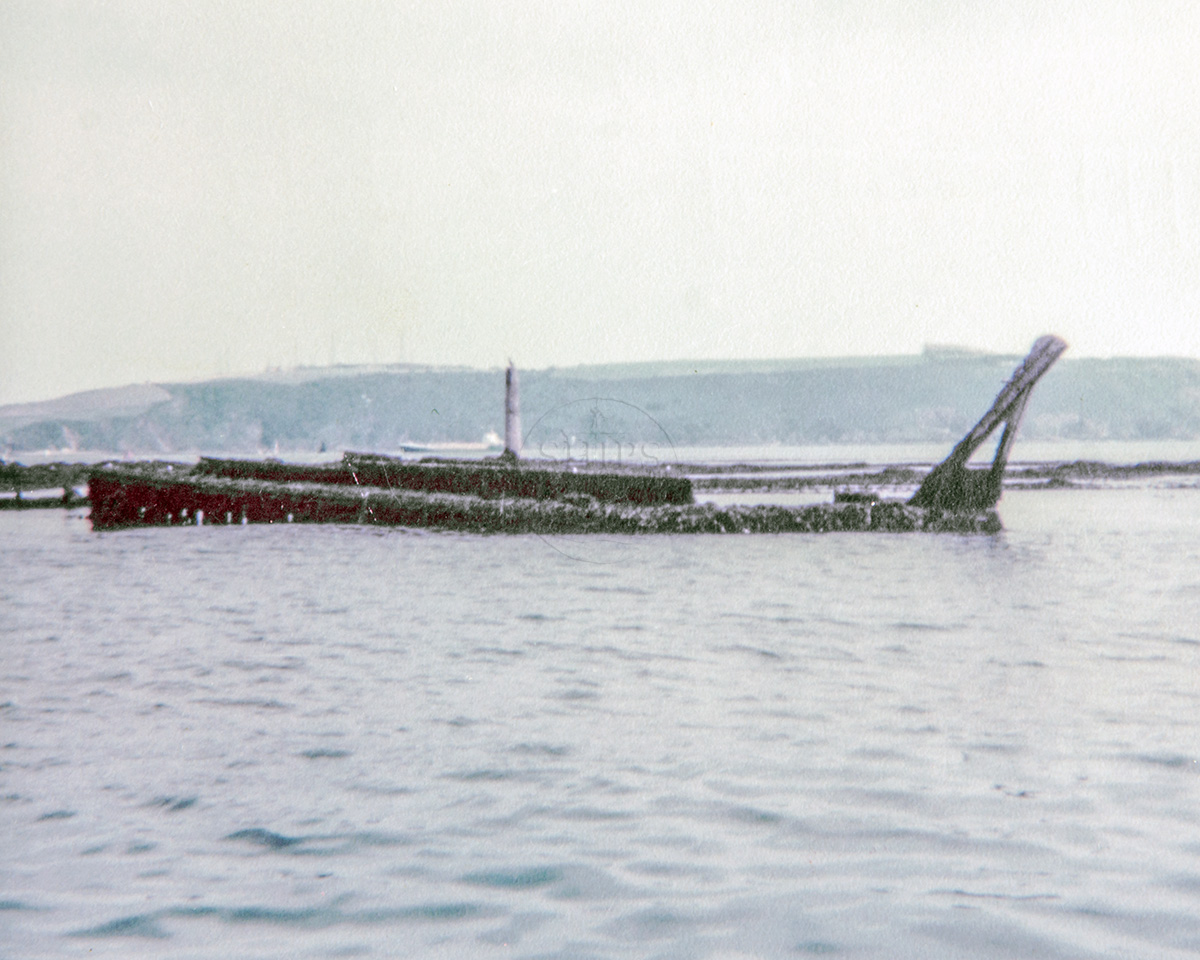 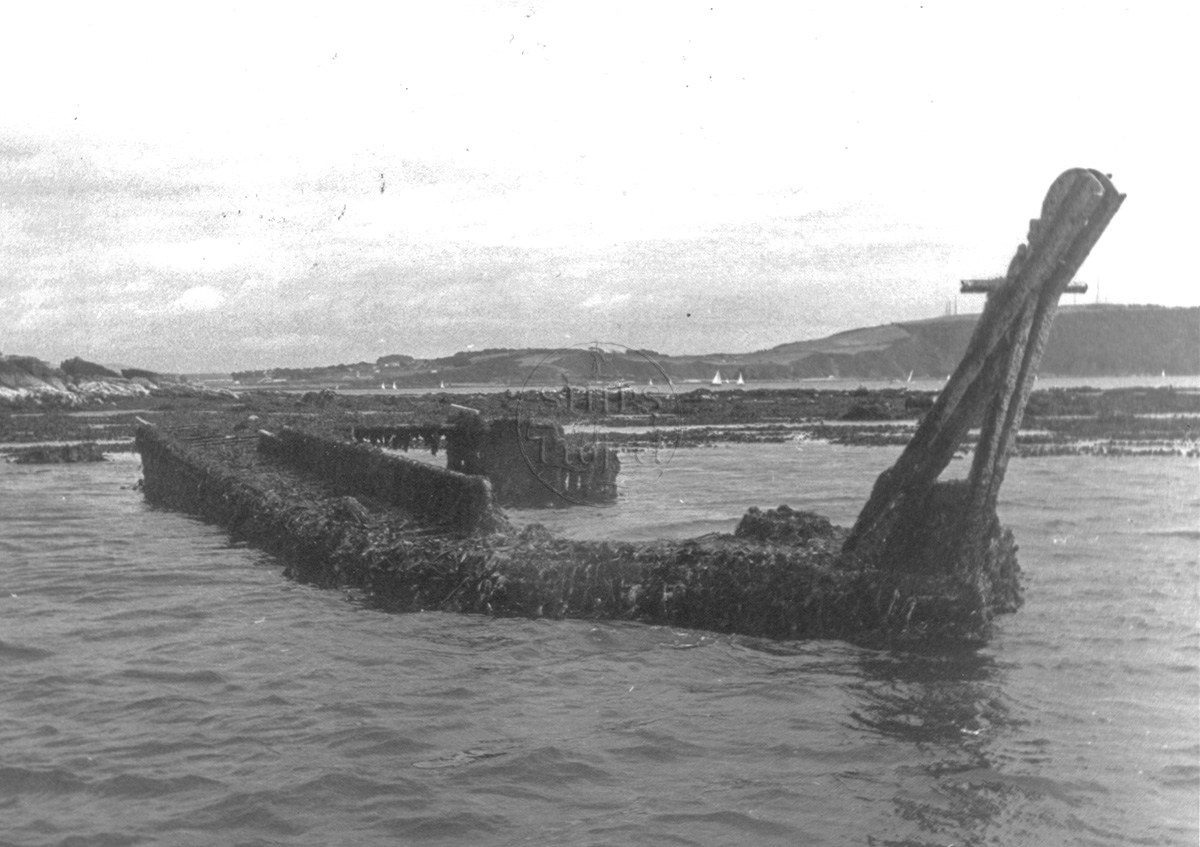 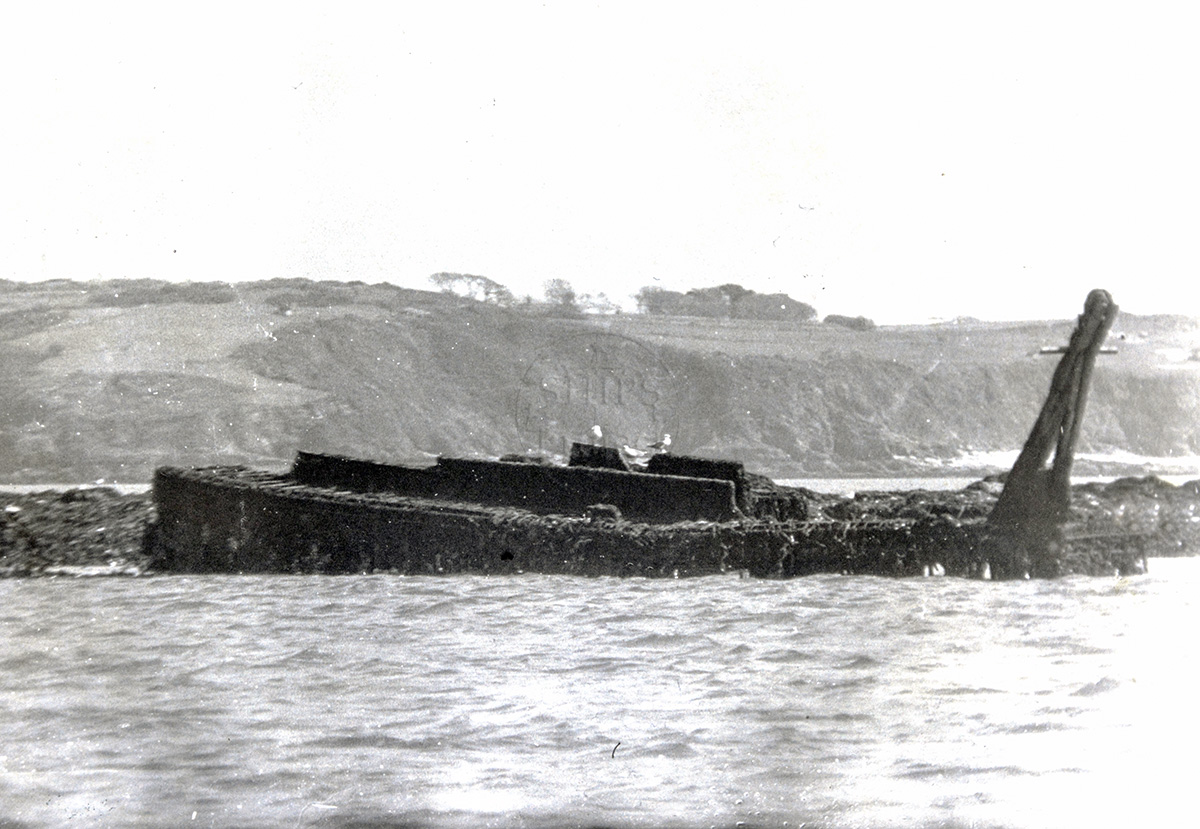 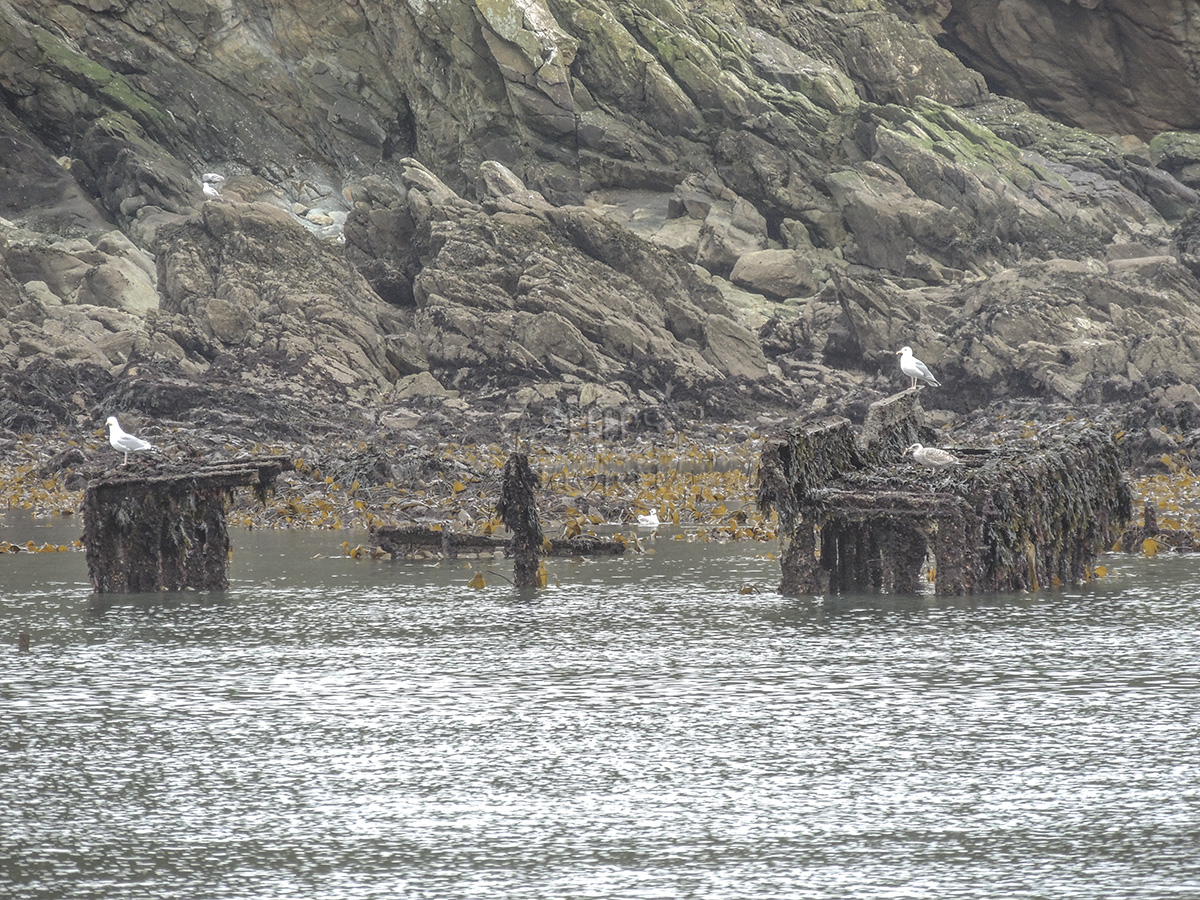