Remains of a fishing vessel on the southern shore of Hooe Lake, near Oreston in Plymouth.

The 20.7m long Scottish drifter-seiner Bon Ami was built at Jones Buckie Shipyard in Scotland in 1957 for Donnie Jack of Hopeman in Moray, Scotland. The ship was built as yard number 88 and was registered in Inverness as INS69 then at Kirkwall as K469.

In the late seventies the Bon Ami was owned by Billy Rendall of Burray, originally from Roadside in Stronsay, who used Bon Ami as a fishing boat before getting a contract to ferry oil workers to the island of Flotta in the Orkney Islands.

In 1976 she was up for sale and George Costie bought the seine-netter in 1979 from William Rendall of Holm, Orkney, as K469. Sirius, Enterprise, Scottish Maid, Rivo and Bon Ami were the forerunners of Westray’s modern fleet.

In the late 1980s and early 1990s she was a dive support vessel for Currie Bros Diving with the skipper Geordie Costie. The Bon Ami was deregistered in 1999 and was seen in Plymouth afloat in 2006 converted to a live-aboard boat before being put up for sale in 2009 for £20,000.

Bon Ami was beached in Hooe lake between 2010 and 2012 and by 2012 she had been bilged with planks removed from her hull on the starboard side.

Bon Ami now lies on her starboard side on the foreshore of Hooe Lake, stripped of fittings and bilged. In 2013 when she was photographed by Giles Richardson she still had her wheelhouse but by 2016 this was gone along with most of her starboard side bulwarks. The hull is now degrading so within a few years the hull will collapse in on itself like her neighbour Dignity

Nearby hulks include the trawler Dignity 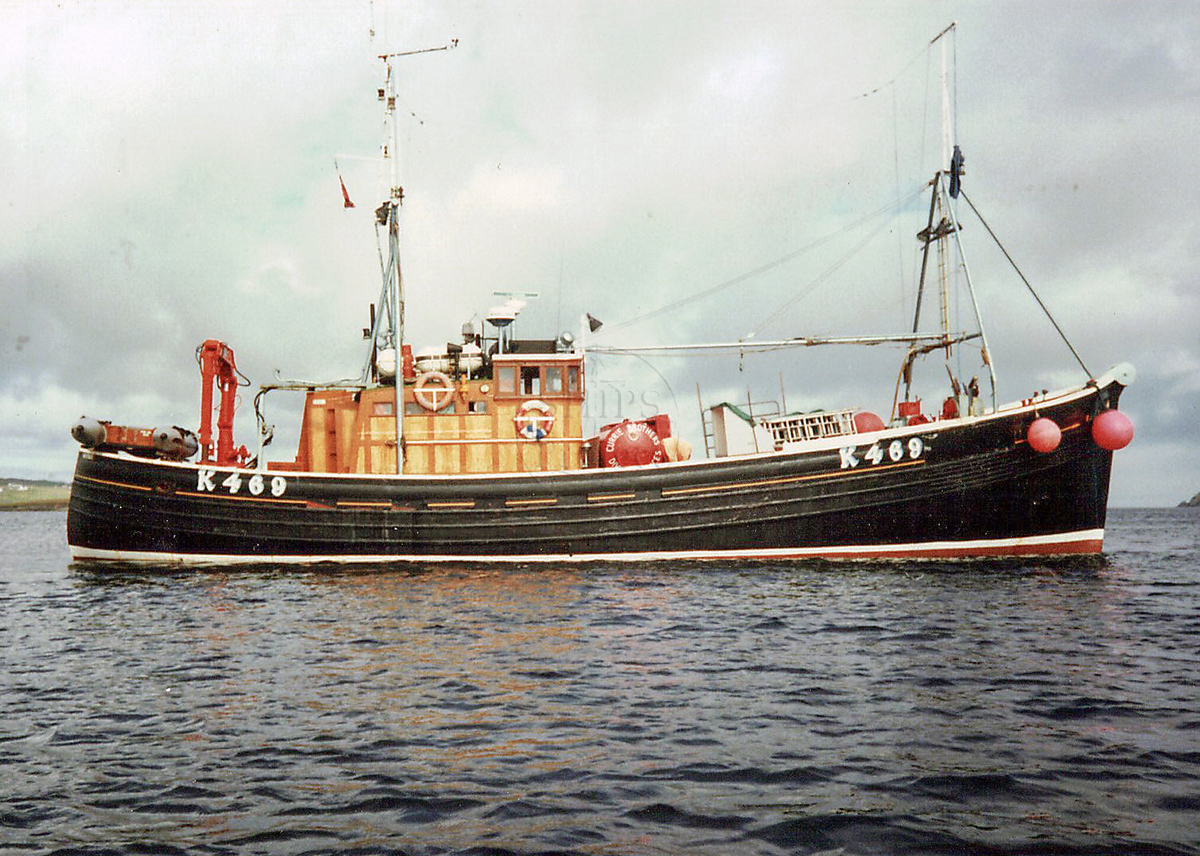 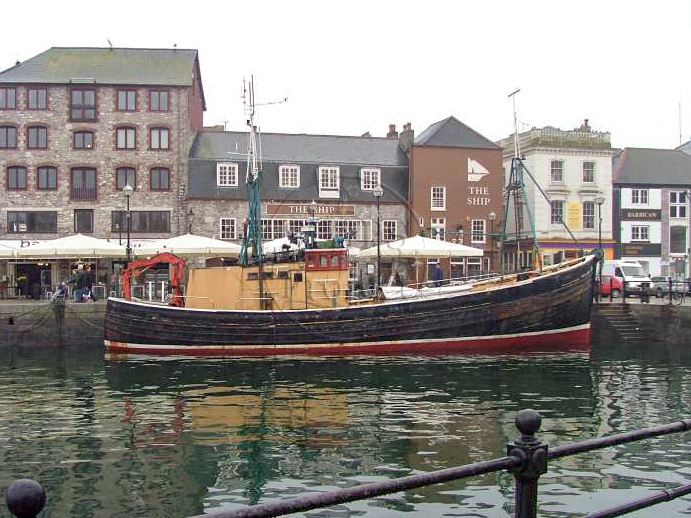 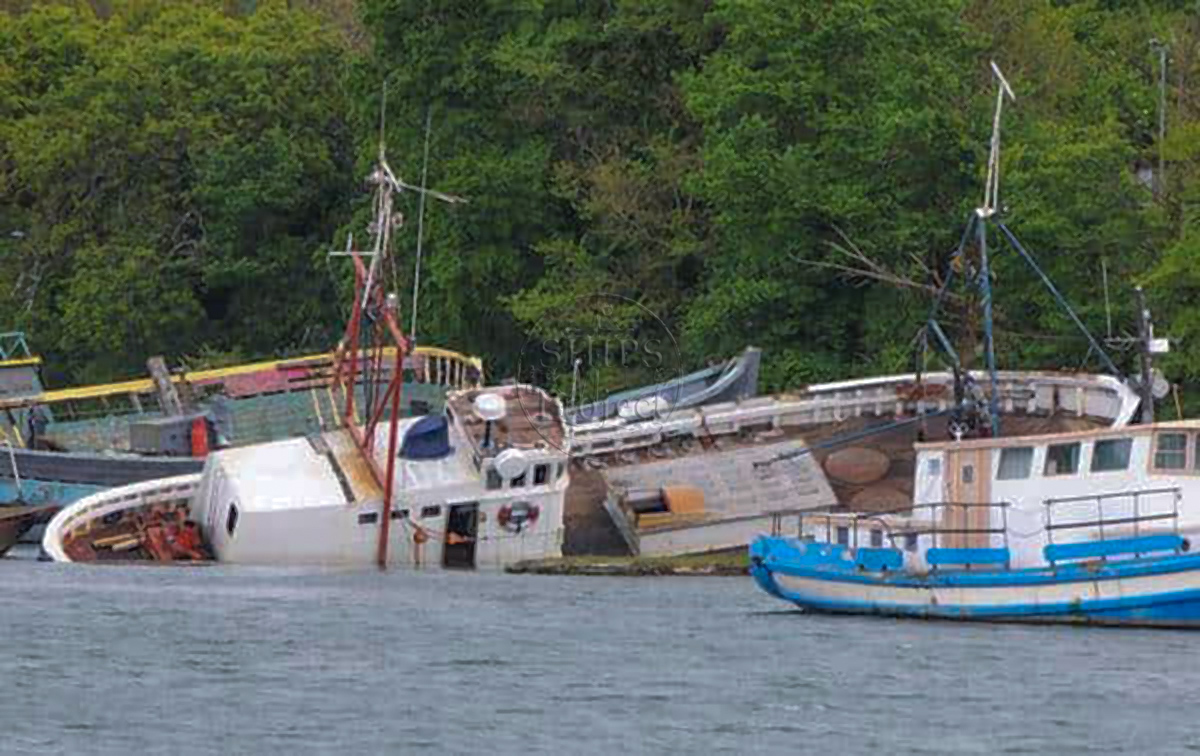 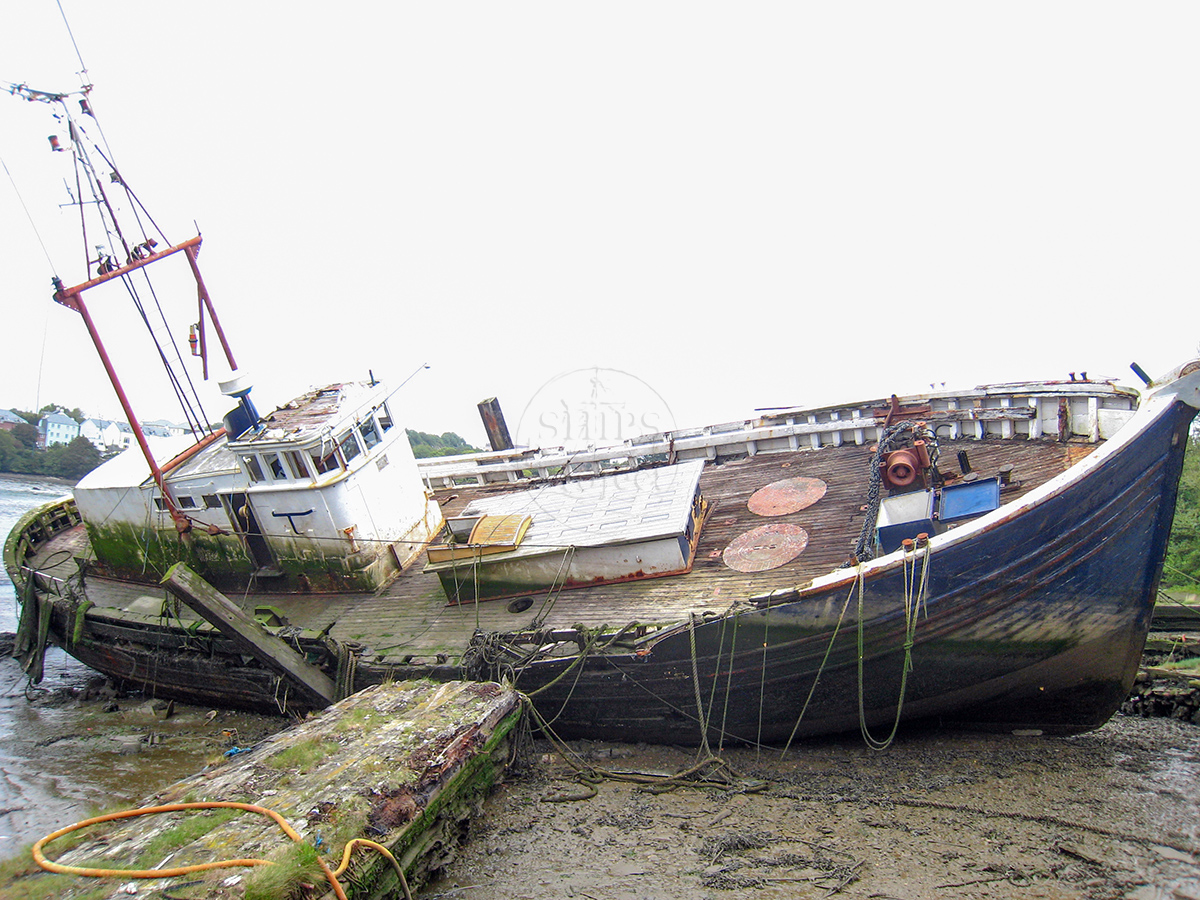 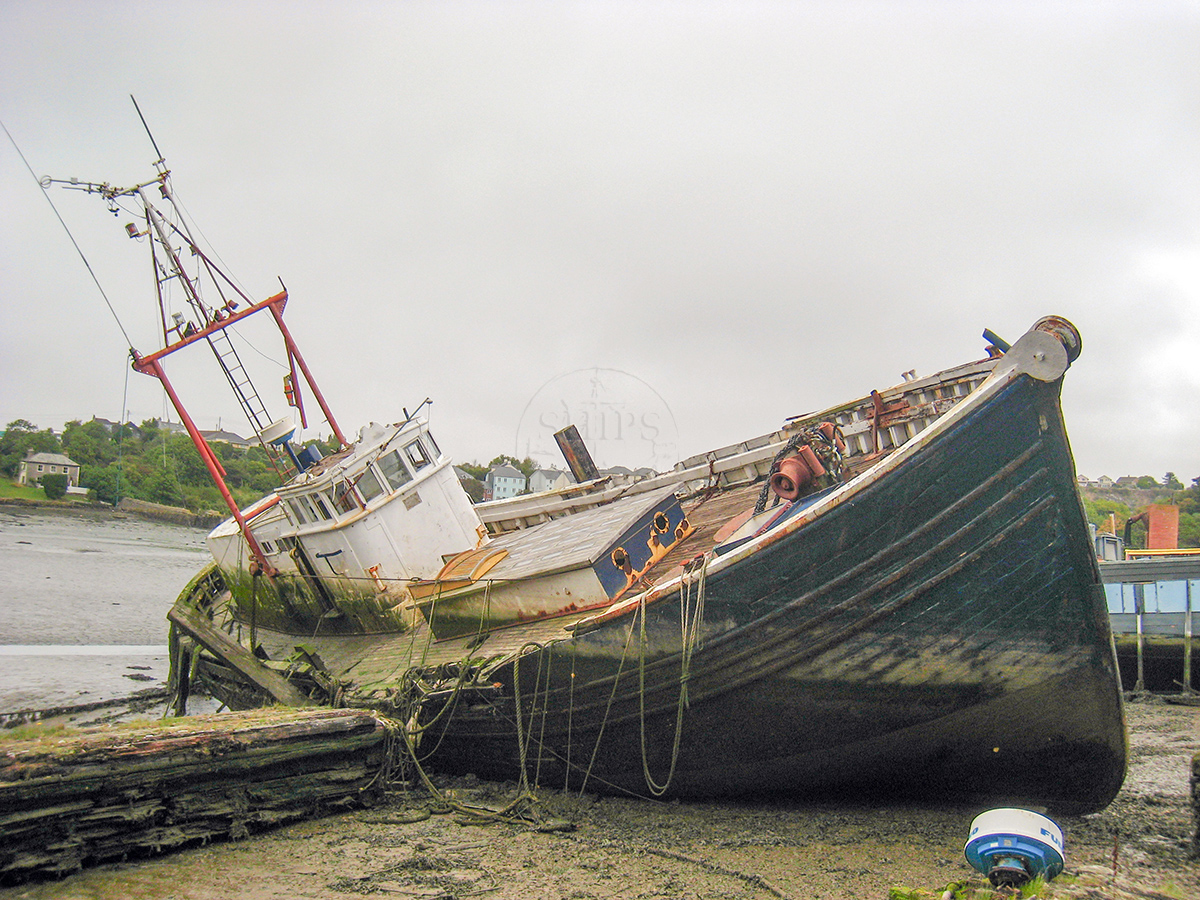 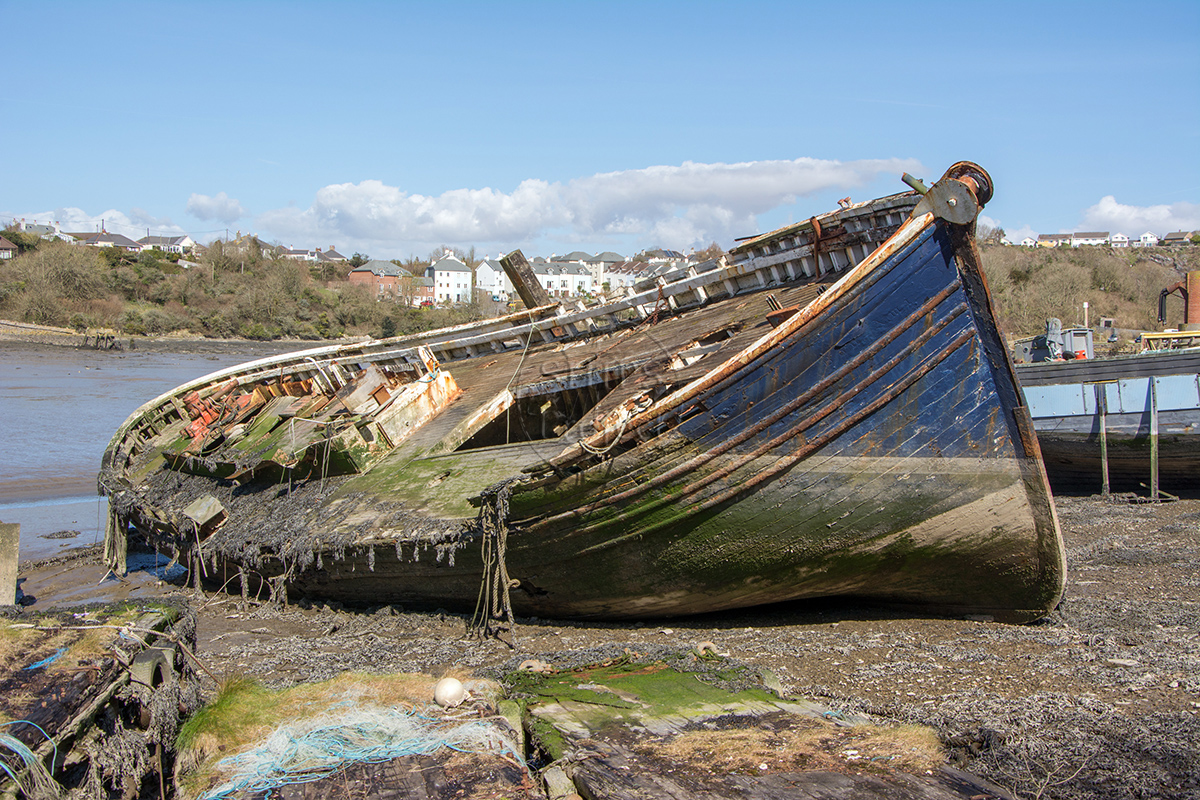 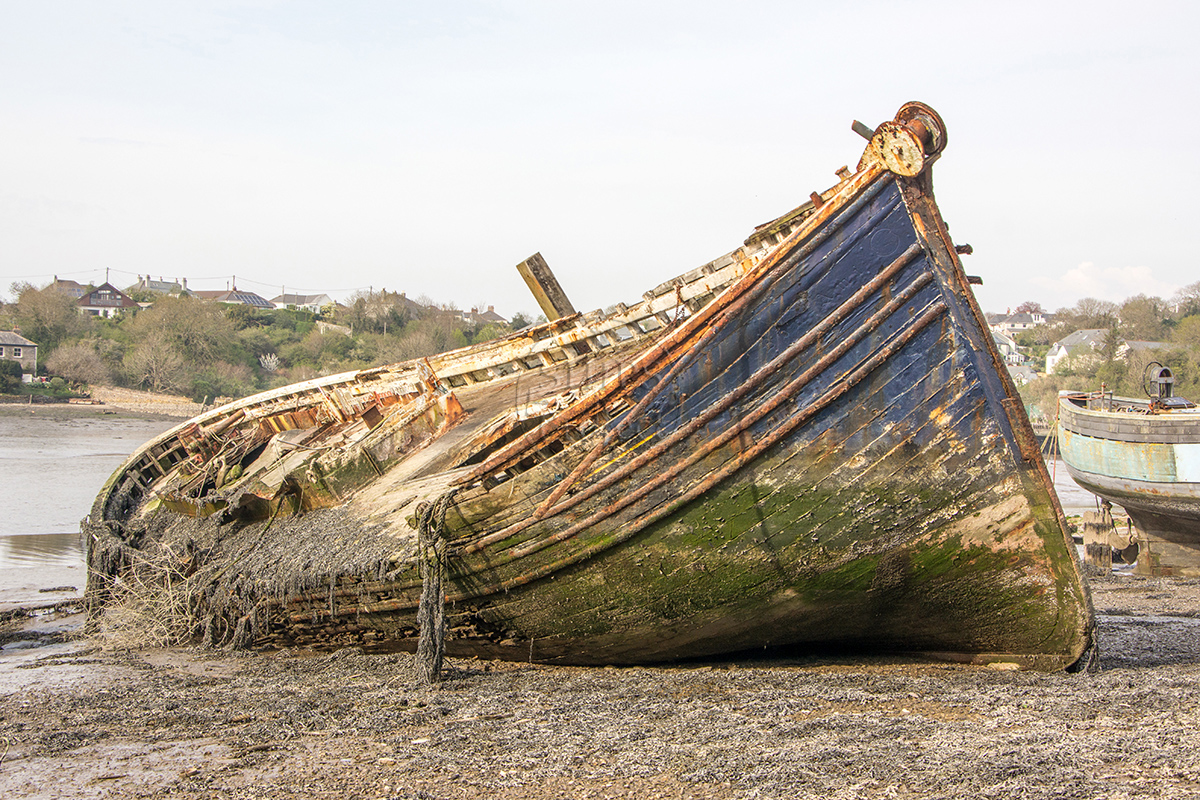