This shallow draught vessel was built in Le Croisic, Brittany in 1968 with the name Vox Dei.  Originally fitted out as a crabber and angling boat with a midships wheelhouse and a capstan forward, powered by a Perkins 6354 engine. When she came to the UK she was renamed Anjonika with port number PH 44.  At various times she has been called Leda, Anjonika with port number PH 230, Anje - E 72, Anje - P 215 and was in Exmouth for a short while as Anje - E 72.  Anje came to Plymouth from Portsmouth as an inshore beamer and was converted to a scalloper.  The ship was deregistered in September 1994 and converted to a houseboat, but was abandoned in Pomphlett Lake sometime between 2005 and 2007.

Anje was intact when first abandoned but has been slowly falling apart since then. She bilged before 2009 and remained largely intact until 2017 but by 2020 the wheelhouse had gone overboard, the transom collapsed and the topsides washed away.

At the head of Pomphlett Lake / Creek, Plymouth.

The Anje lies at the end of Pomphlett Creek on the south side. The location can be seen from the footpath that runs along the head of the creek by the Billacombe Roundabout by Morrisons supermarket or along Breakwater Road. The remains are slowly breaking up, see photographs.

Nearby hulks include the Tamar barge Edwin

and fishing boats Pomphlett 1 and 2 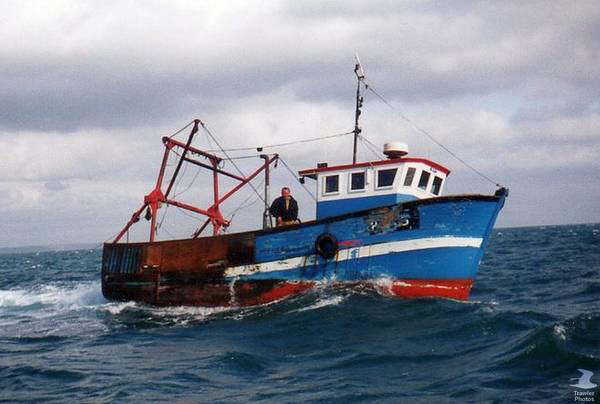 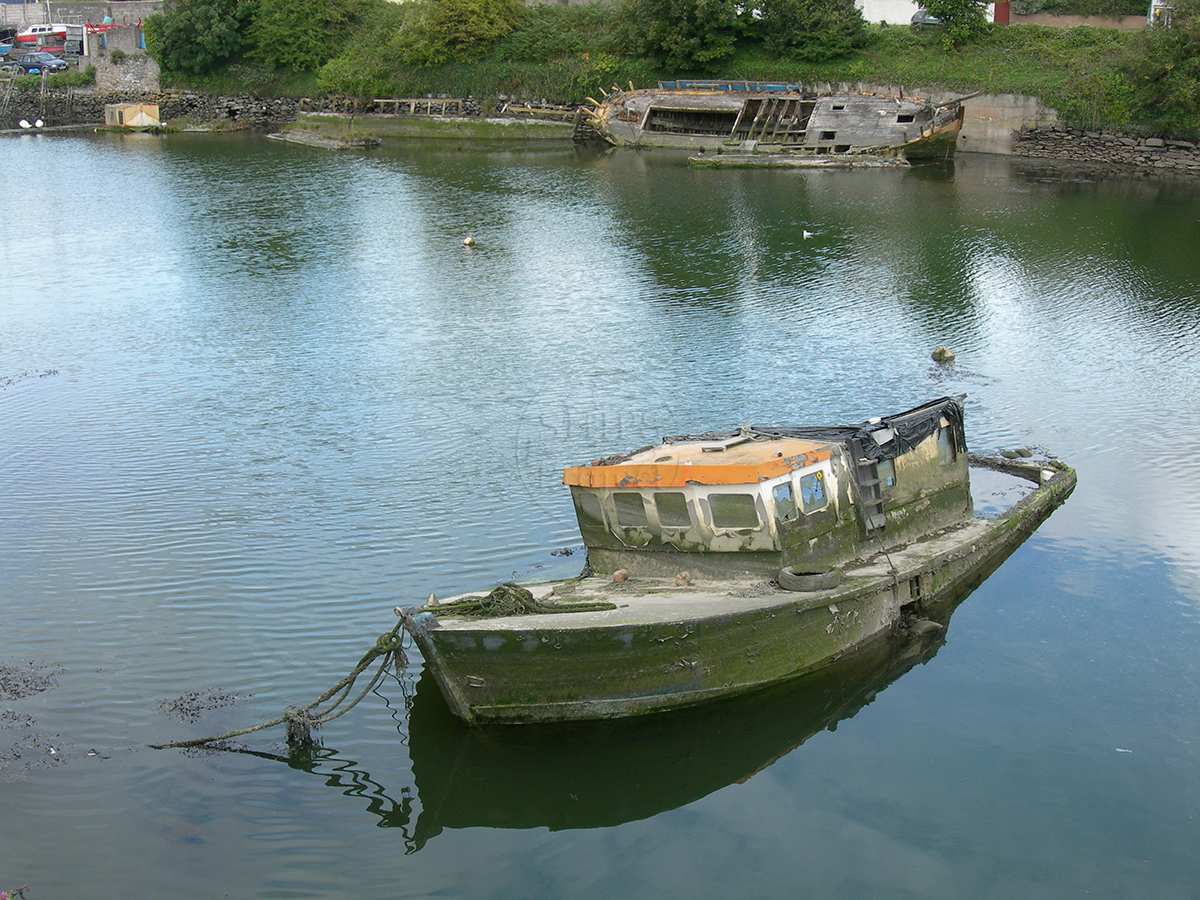 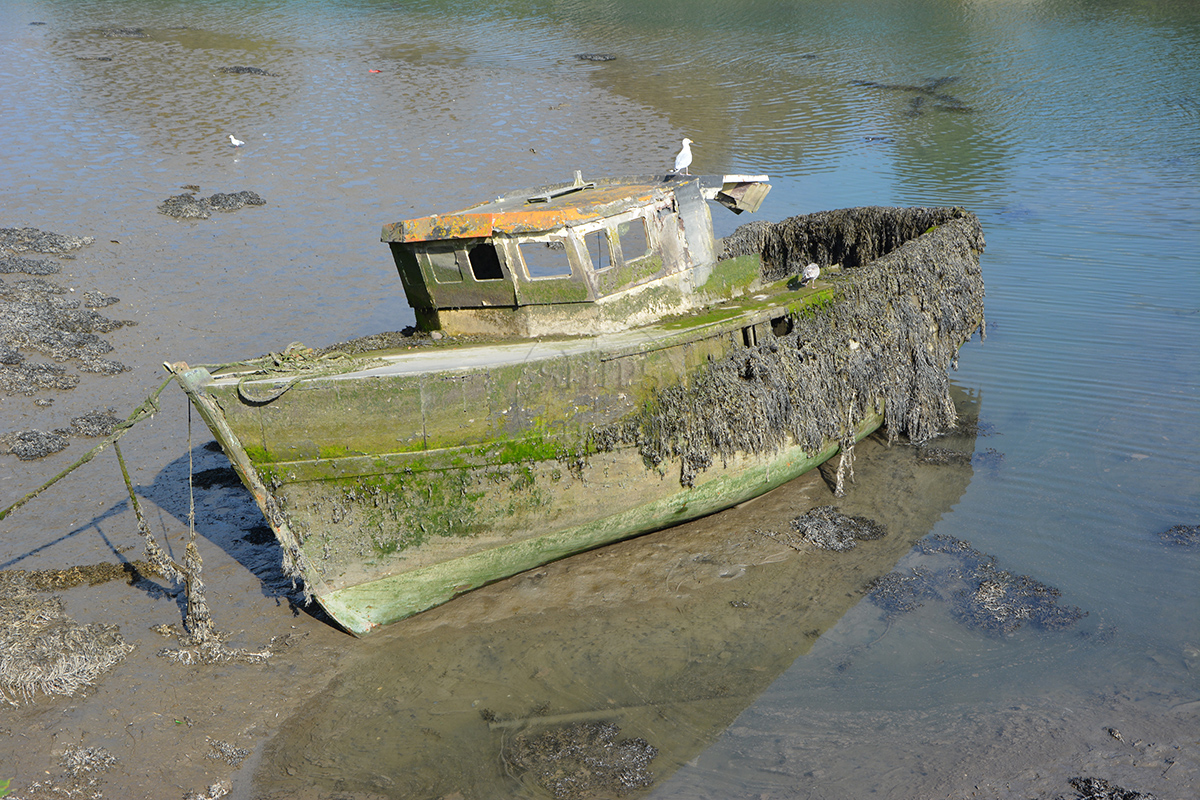 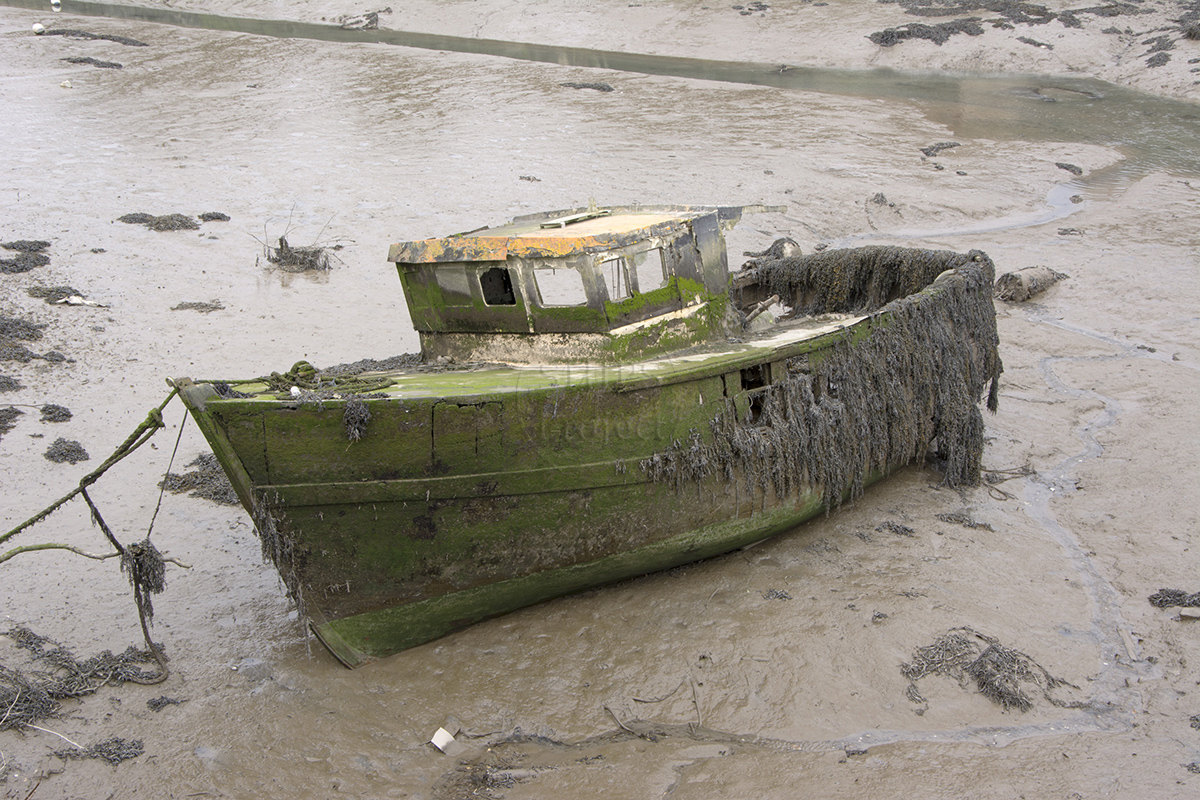 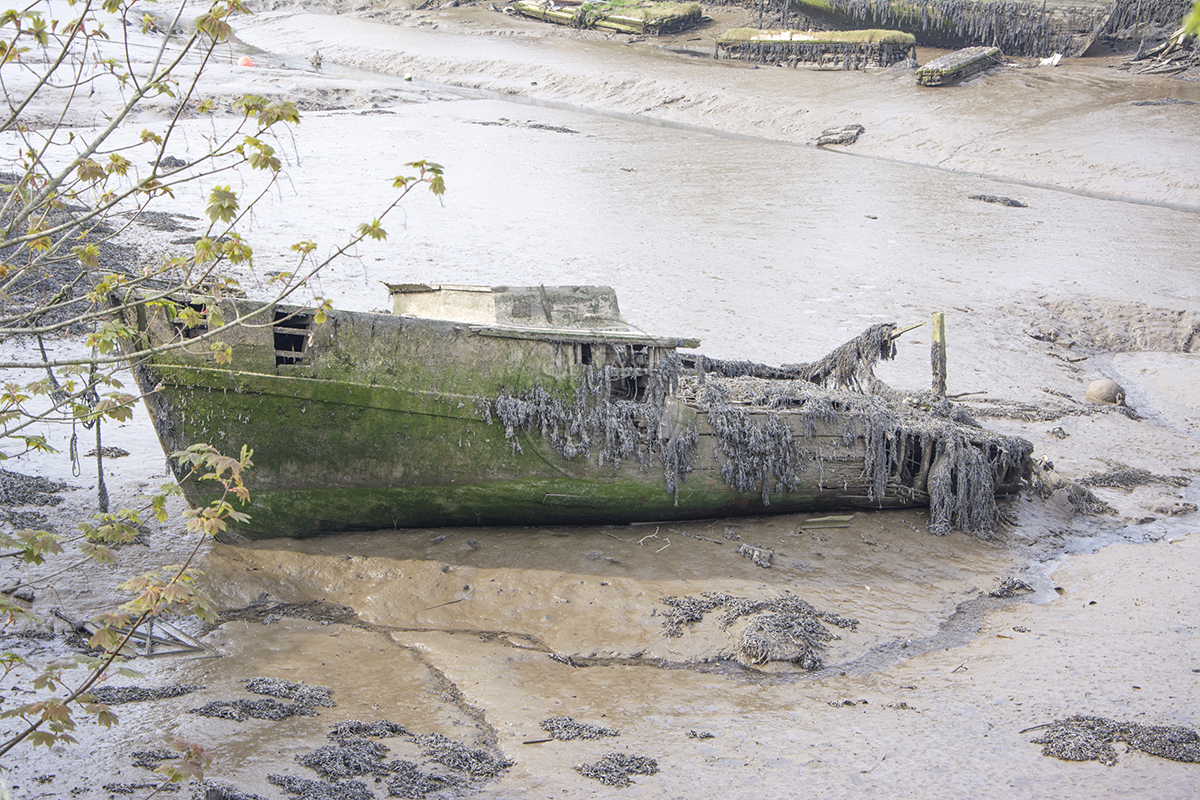 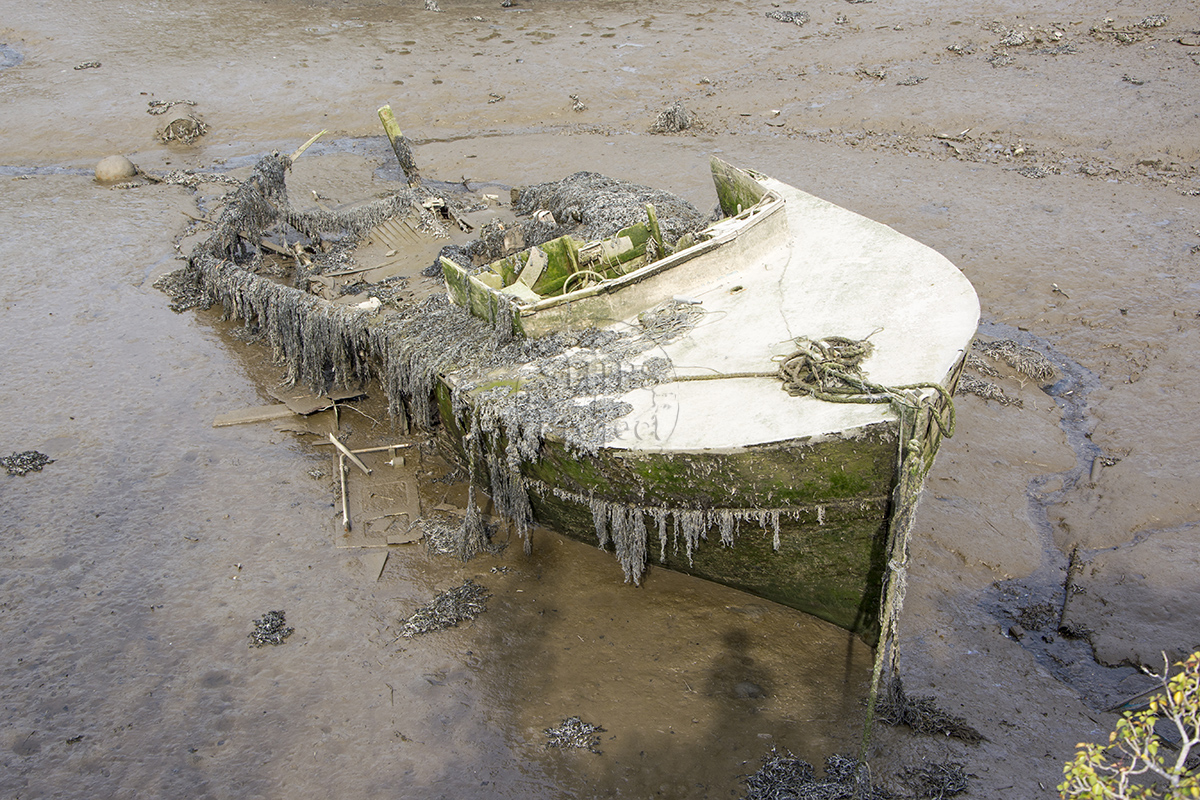