Please see our Crowdfunder page for information about how you can help! 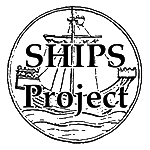 Why is the SHIPS Project doing an environmental initiative?

The SHIPS Project is a local history non-profit based in Plymouth, specialising in maritime heritage.  We have launched the 1000 Tyres Project because we have found lots of tyres and other junk while searching for shipwrecks in Plymouth Sound.

What is this project all about?

The aim of the project is to help remove tyres and other pollutants from our marine environment and to provide education and awareness about the dumping of rubbish in the sea. We will start by removing more than 1000 tyres from the seabed then have them recycled.

How did we find the tyres?

We found lots of tyres while doing sonar surveys in Plymouth Sound, with the help of Sonardyne International Ltd. and Plymouth University’s hydrographic department.

What will we do?

What are we going to achieve?

Why we need your support:

Car tyres have been used as a cheap material for building artificial reefs underwater, such as Osborne Reef off Florida created in the 1970s. Over time, artificial reefs made of tyres become unstable, they leach out harmful chemicals and do not provide a hospitable environment for broad range of marine life. We still need artificial reefs but we will be researching better alternatives.

More stable and unreactive materials such as stone and concrete create more environmentally friendly reefs. Whole ships are also used to create artificial reefs having been cleaned of all pollutants they are scuttled on the seabed. Off Plymouth there have been three ships scuttled to be used for research and as artificial reefs, the steam yacht Glen Strathallan off the Shagstone in 1970, the small pilot cutter Tavy by the Breakwater in 1994 and the RN frigate Scylla in Whitsand bay in 2004.

Although some species grow on tyres, tyres are not very good for biodiversity and what does grow may contain higher levels of heavy metals like lead and zinc which has leached from the rubber. One of the research aims of the Project is to investigate replacing the tyres with a more suitable alternative home for marine life.

Most tyres that end up in the sea are already old and well used. After a time underwater the tyres start to break down and produce microplastics and release harmful chemicals into the sea.

There have been many tyres lost in Plymouth Sound over the years, some of the lost tyres were fenders that fell off ships while others were deliberately dumped in the sea and rivers. The sonar image below is a picture of the seabed by the Breakwater Fort showing lots of tyres lost on the seabed that used to be fenders around the jetty on the north side of the Breakwater.

Get this page as a printable PDF document 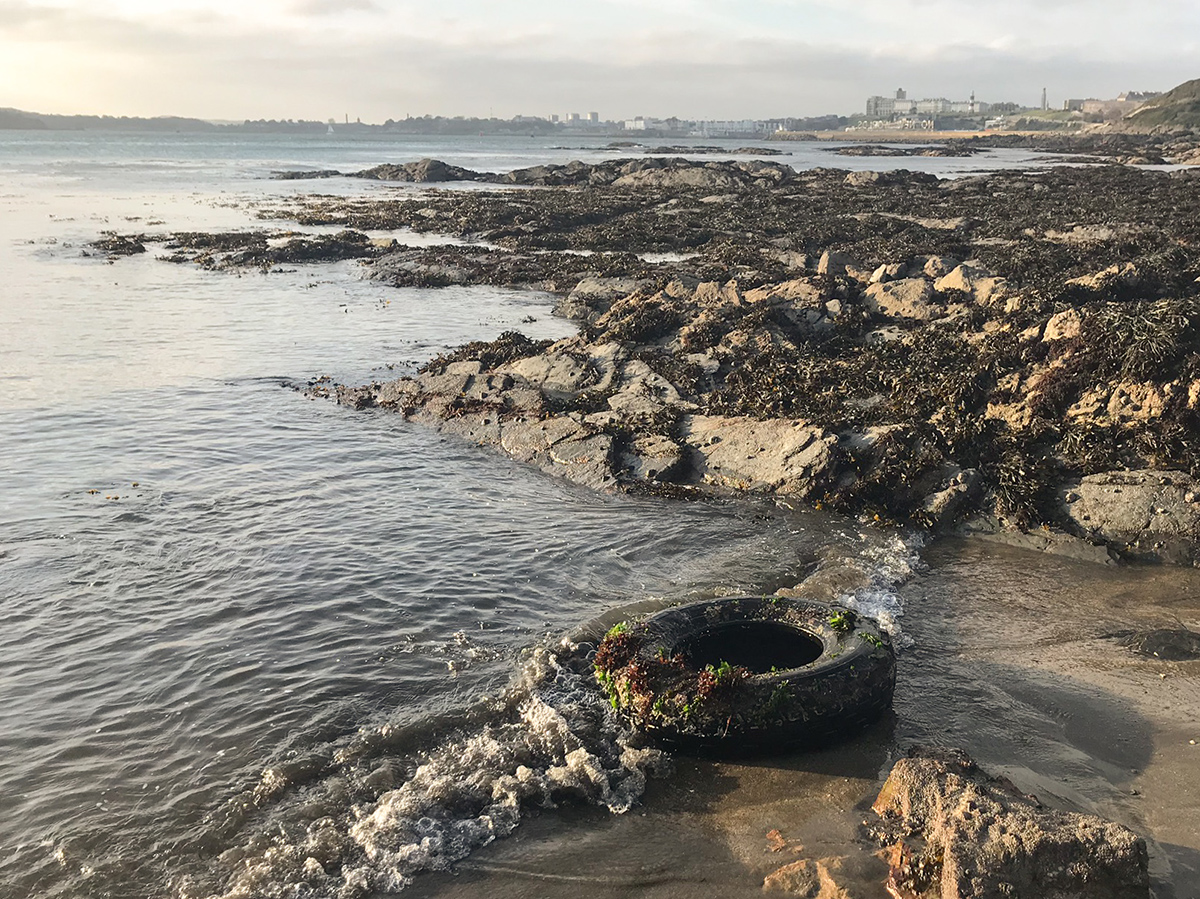 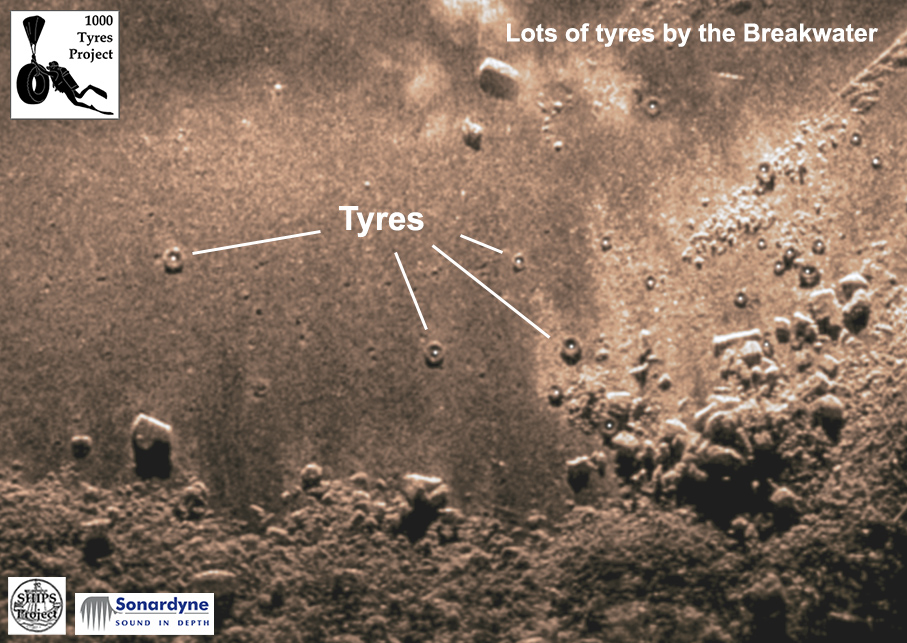 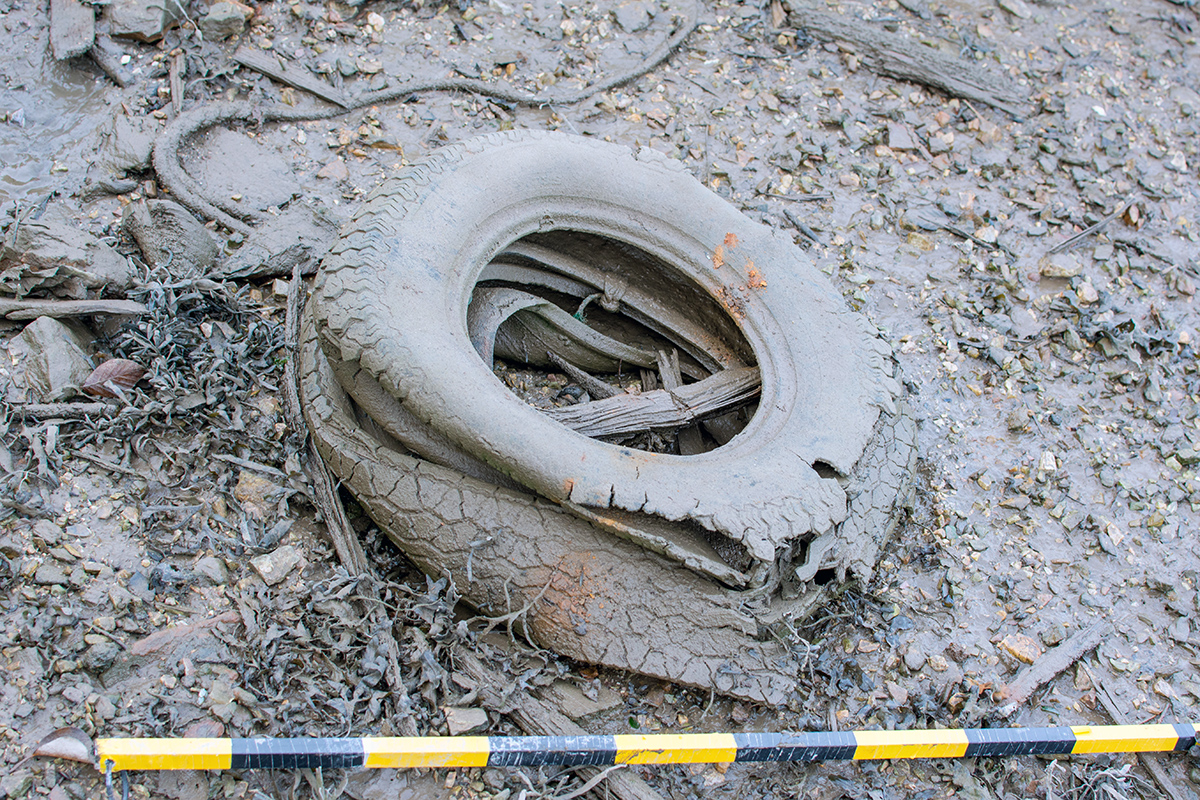 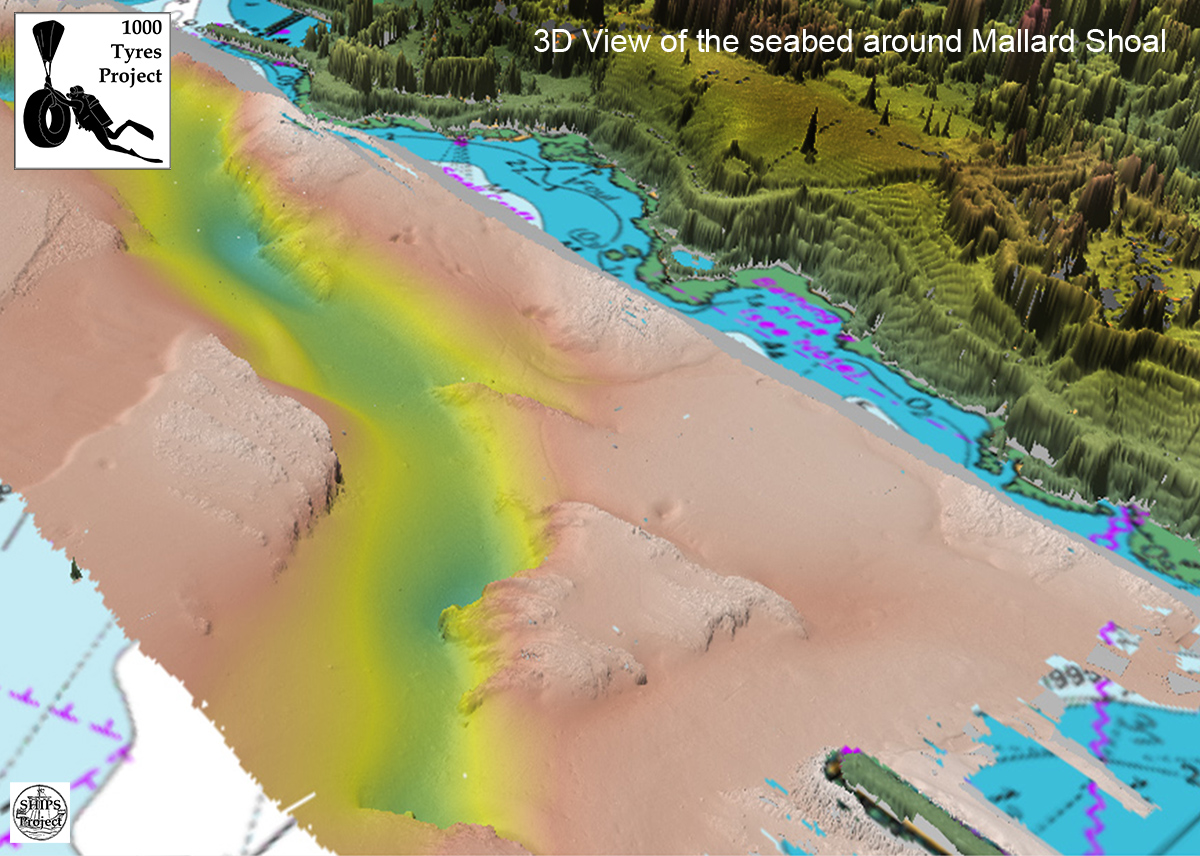 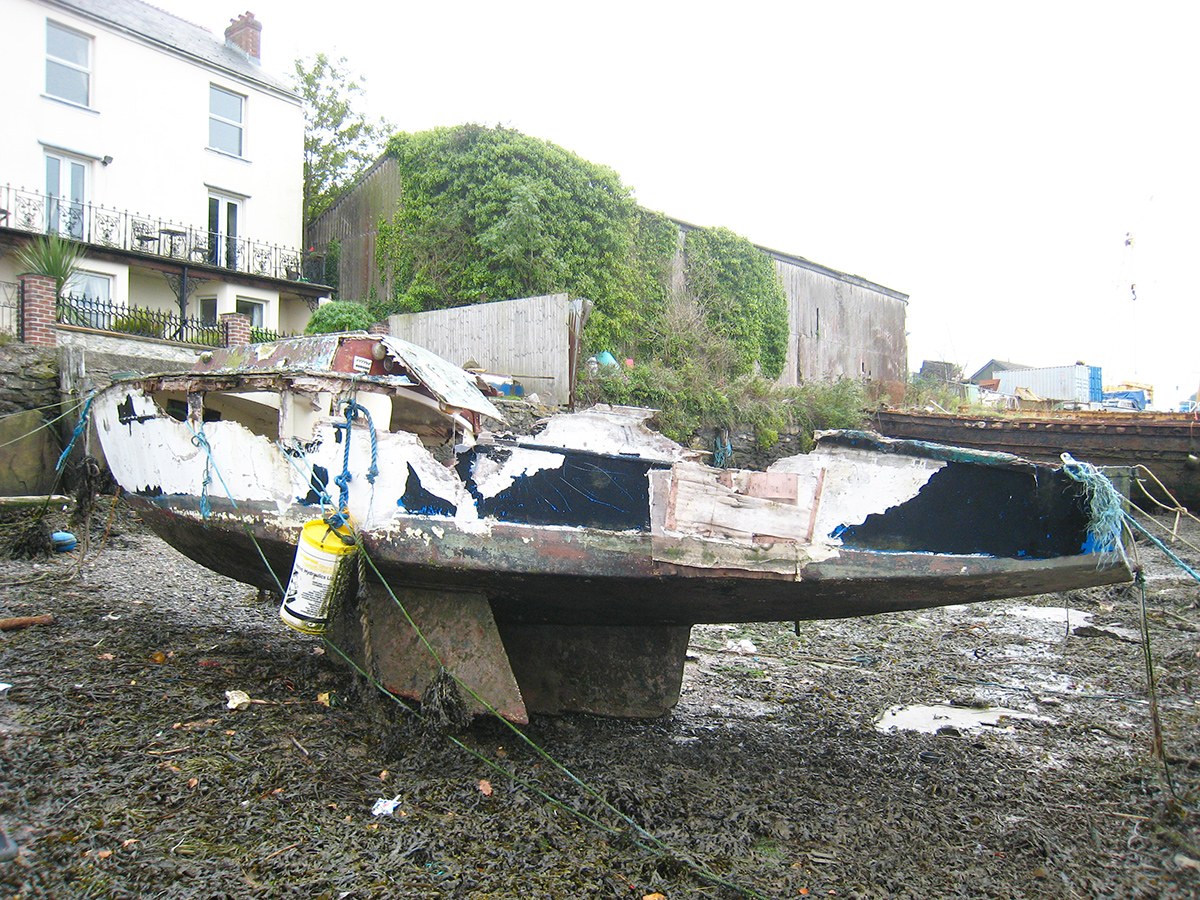 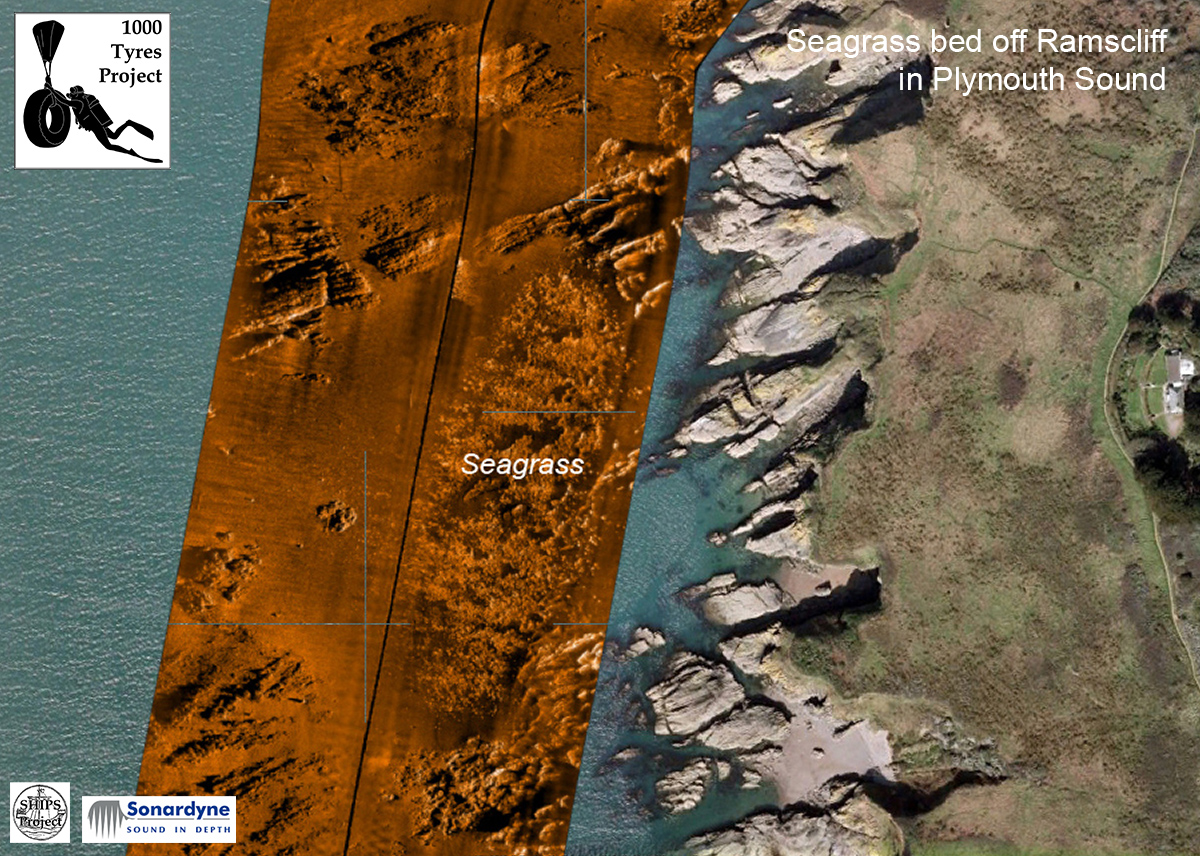 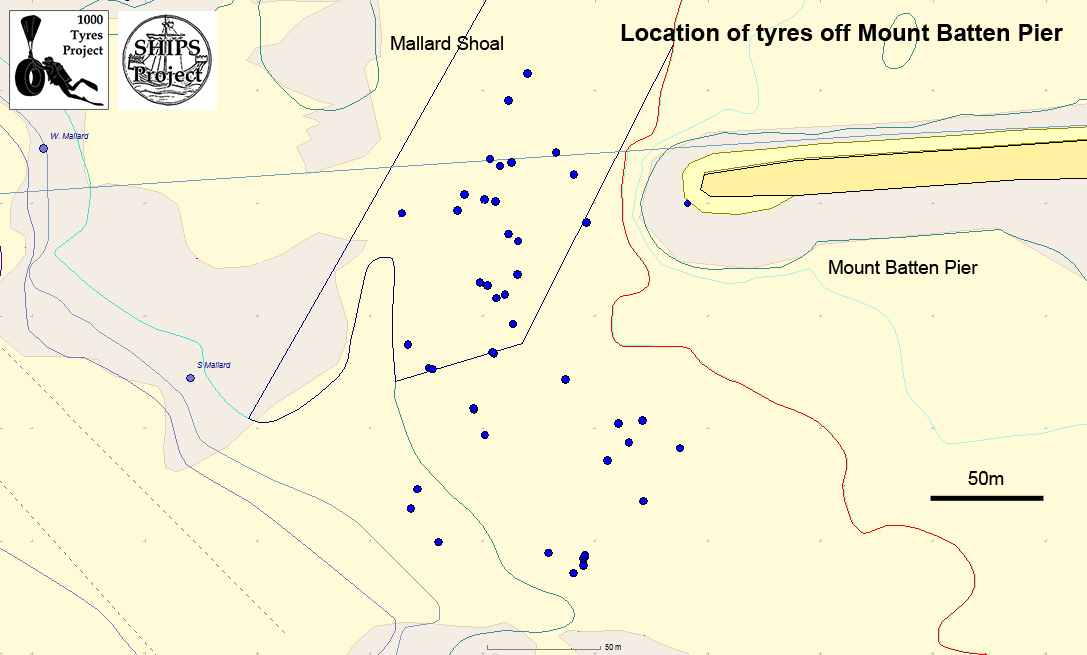 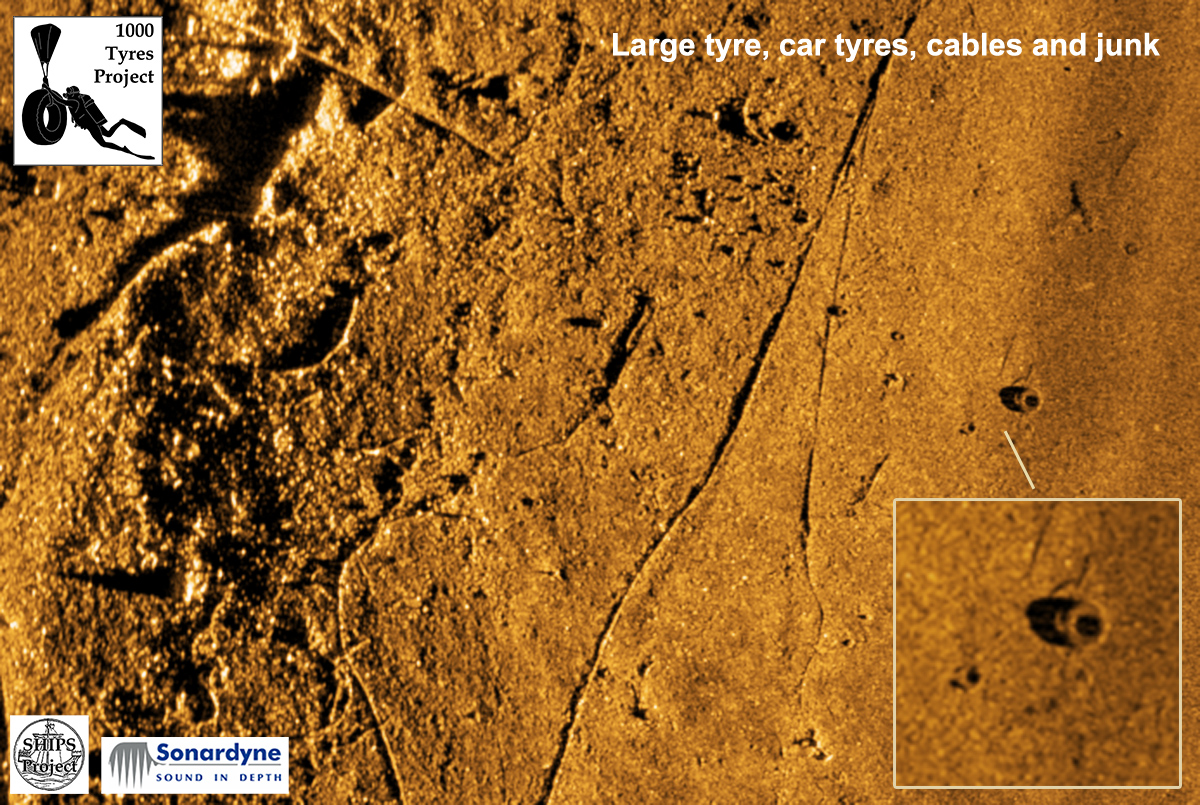 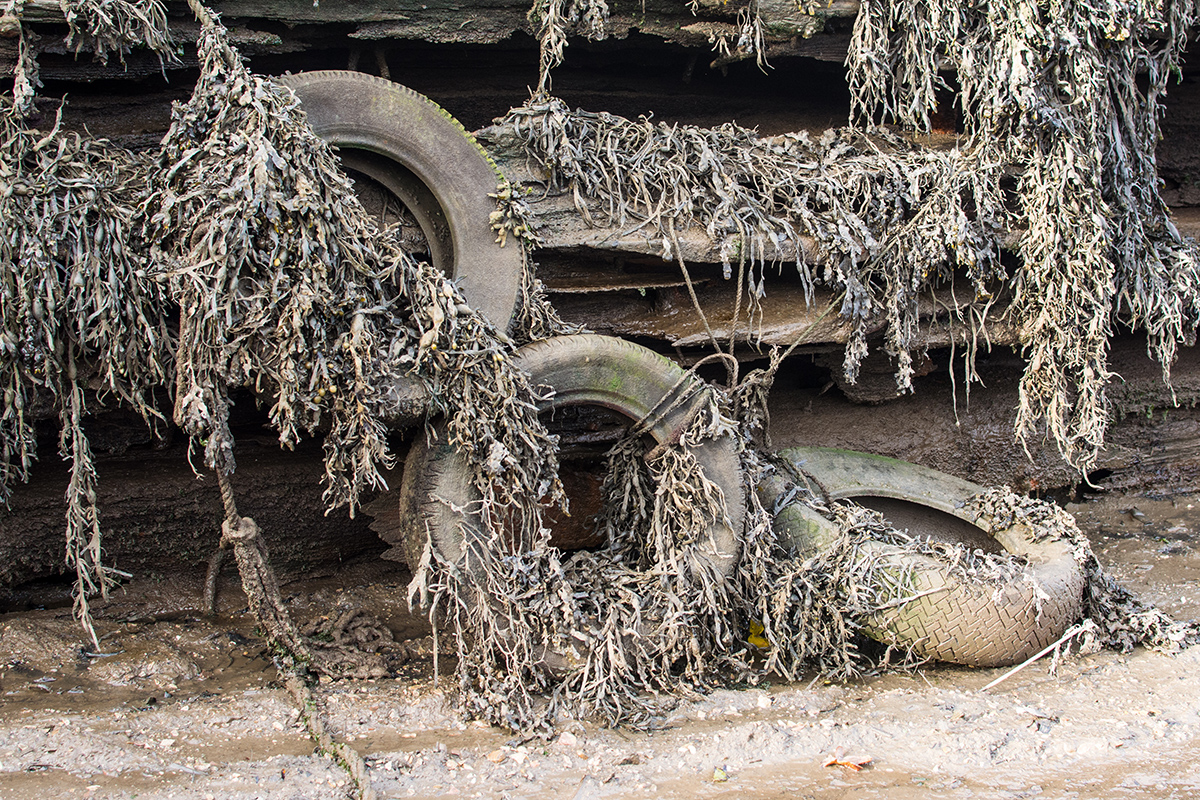